Captain Vibe Productions (CVP), is Marcel Yammouni‘s own personal studio where he has produced, recorded and mixed many artists and bands.

CVP began in 2003 when Marcel went out and got a business loan and Purchased a Digidesign HD recording rig. At the time Marcel was working with Vanessa Amorosi as her Live guitarist. Marcel started writing with VA and had the good fortune of getting of getting a couple of songs placed on VA’s second European release and later a best of in Australia.

It was then Marcel was approached by incredible Blues n Roots artist Shannon Bourne to record and produce his debut album. Employing the masterful talents of Johnny Salerno (John Stevens, Suzi Quatro) this was to be Marcel’s first attempt at producing an album from the ground up. Marcel specialises in drums and guitar tones and are on display on this record.

The next album after that was Golden Guitar winner, Paul Wookey. This was a particularly fun album as it was Marcel’s first attempt at Country and Folk music. This album featured Marcel’s long term song writing partner, Dave Wayman who instigated Marcel and Paul meeting. Other special guests included Joel Davis (The Feral Swing Cats), James Black (Rockwiz) and Bill Chambers (Casey Chambers). Later on that year Marcel went up to Tamworth to launch Paul’s single, ” I wish it would rain” the title of that record.

Marcel began the process of writing and recording original instrumental music at the age of 17. It wasn’t until 2008 that he would finally utilise the skills he had acquired to write, record, mix and produce his own debut album “Eclecticity”

Once again featuring long time drumming partner Johnny Salerno, other special guests included the incredible Brett Garsed doing an incredible slide guitar solo on ” U do Don’t Ya?” and the incredible Jason Heerah on percussion.

Marcel played all the Guitars, Basses, Keys as well as doing all the programming.

In 2017 Marcel re released Eclecticity on ITunes and Google Play but with an additional track recorded some years later as a bonus ” Massive Rat” which once again features Johnny Salerno and the incredible Michael Dolce (TheVoice, Delta Goodrum). Michael and Marcel have a bit of a Fusion Hotel California’esque duel towards the end of the song. EPIC!!!

Eclecticity is available at http://www.marcelyammouni.net

The First album was Mary G’s “Pardon my Passion“. A collection of original songs written by Mark and sung by the Mary G character.

Then we get introduced to Mervyn Mulardy and his album Yatangal (life Cycle). This album is a mixture of Rock, Pink Floyd and the sounds of Indigenous chants. Mervyn is performing shows all over Australia.

One of Marcel’s absolute favorite albums to work on was John Albert’s solo album. Predominantly sung in English this album goes through John’s life experiences and is very heartfelt. The song “Sad Rain” and “Yesterday People” are real stand outs.

Marcel recorded Guitars and Basses for TV shows Australia’s Got Talent and X Factor. This led to Marcel playing on various artists albums like Dami Im and Dean Ray to name but a few. 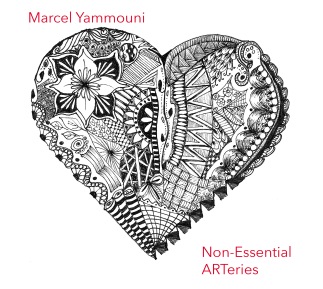